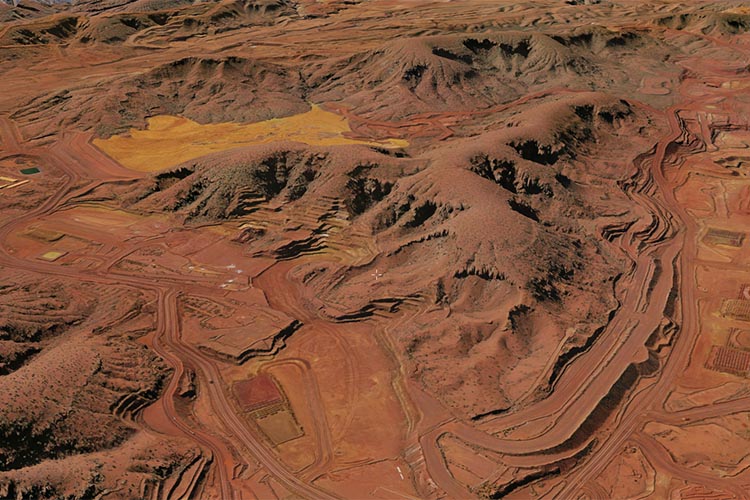 When it comes to choosing a platform that works with your technology stack, it’s important to understand what your business needs and how it can leverage 3D GIS functionality. Let’s start by providing context about both GEE and Skyline.

Google Earth Enterprise launched a decade ago, enabling businesses to host Google Earth privately for the use of internal geospatial applications. In 2017, Google discontinued supporting the product and released its code base to the open source community.

While at a base level both Google Earth Enterprise and Skyline have similar capabilities, we compare the two technologies solely on their performance when it comes to analysis tools, importing vector data formats and Virtual Reality (VR) support.

When loading GIS data into Google Earth Enterprise, the data renders quickly and transitions between historical imagery using the time slider. In comparison, Skyline renders slightly slower, but the platform offers a more detailed 3D terrain that is much closer to the source data.

Once the data is loaded, both Google Earth Enterprise and Skyline can perform a number of analyses.

Google Earth Enterprise users can perform one viewshed analysis at a time on a particular area. This is achieved by creating a KML point, selecting the point and executing the viewshed tool to generate a viewshed. The process of manually creating singular viewsheds is time consuming and isn’t a good fit for use cases such as radio tower positioning or lighting tower positioning.

Google Earth Enterprise also has a handy elevation profile analysis tool that can be used by creating a polyline across the terrain and then running the elevation profile tool on the line. This picks up and reports on the minimum, maximum and average elevation slope as well as elevation gain, loss and distance.

Further, Google Earth Enterprise offers basic drawing and measurement tools that users can markup on a map to perform basic line or area measurements and export these data as a KML file. The time slider tool enables users to then change the time of day to reflect environmental changes. However, the lighting in Google Earth Enterprise is not yet reliable enough to use for shadow analysis.

Overall, Google Earth Enterprise’s analysis tools are lightweight and perfect for simple analyses. But when it comes to needing substantial & detailed analyses, a more complete tool may be required.

Skyline’s TerraExplorer viewshed analysis tool can dynamically generate a viewshed, or multiple viewsheds on terrain and store them as a layer that can be toggled on or off. TerraExplorer also offers users the ability to manipulate and shape 3D terrain and perform dynamic shadow analysis, from a building model through to a global scale.

While the terrain loads slightly slower, the detail in the 3D terrain and ability to view multiple viewsheds is perfect for use cases such as lighting tower or radio tower positioning.

Other functionality that TerraExplorer supports includes but is not limited to:

Skyline offers a much deeper level of functionality for users to analyse their GIS data in a 3D environment than Google Earth Enterprise.

When it comes to choosing between the two technology types, it’s important to understand which technology works with specific data formats.

At a base level, the free version for TerraExplorer client (Viewer) supports the importing of:

It also supports web services such as:

The TerraExplorer Pro and Plus versions of the desktop client have the additional ability to bring in many other vector data formats including, but not limited to:

There’s not much to compare here, Skyline currently wins on VR support. Previously, building a VR environment with spatial data was near impossible without the help of developers and 3D modeling skills. Now, Skyline’s TerraExplorer Desktop is currently the only platform capable of hosting a VR environment for viewing streamed GIS data, there is no need to publish a scene as all a user needs to do is select the Oculus VR button within TerraExplorer.

VR support is available to GIS analysts within TerraExplorer using either the Oculus Rift or Rift S VR headset. There is also support for hand controls for navigating, querying, measuring and accessing light analysis tools within the VR environment, Skyline also offers an API for the VR integration.

By enabling users to view all this high resolution 3D Mesh, Terrain, Point Cloud and BIM data in the one single environment, VR in Skyline really helps GIS and Planning experts get real time answers to those What If questions.

Through the combination of 3D mesh data, 3DML and high resolution 3D terrain, this functionality offers a completely unique experience embedding the user in the map.

To find out how to stream GIS data into TerraExplorer’s VR environment, check out our first Geotech Friday blog here.

Overall, while both platforms offer their own benefits, it really comes down to how sophisticated your 3D GIS analysis needs to be and whether or not your organisation requires a supported enterprise level product or not.

If you’re after a free, lightweight, fast-rendering 3D GIS platform, then Google Earth Enterprise may be the tool for you. However, if you’re after high resolution, deep analysis of 3D GIS data, then you should consider using Skyline.

If you’re looking at 3D GIS platforms and want to have a chat, get in touch with the NGIS team here.