Perth Stadium: why you don’t need to walk 2km to get there 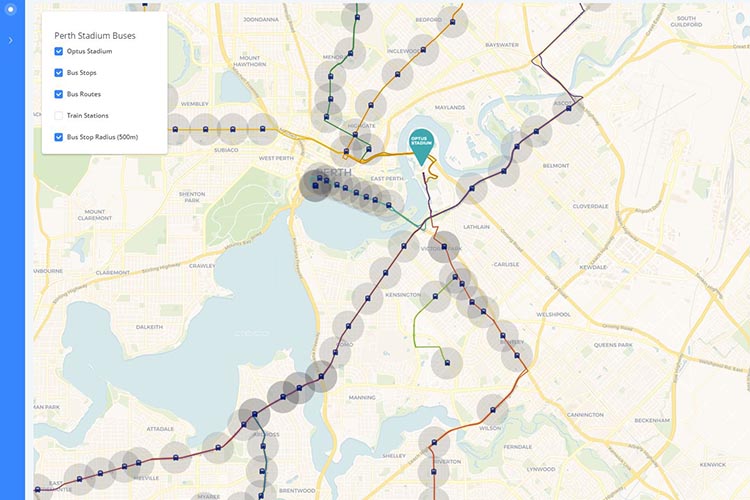 Excitement is building as Perth Stadium has recently opened its doors to the public with a few cricket matches and an AFLW match played there already.

The brand new stadium has been roundly reviewed as being a wonderful design, but on game day it is still difficult to get in to the stadium and away because the bridge to East Perth is still not built.

To help people get to the stadium more easily, particularly those who aren’t able to simply walk 2km from East Perth train station or Victoria Park bus transfer - the elderly, those with small children or the impaired - NGIS has created a map of the special bus routes and the places you could park for free to get you in and out of the stadium with ease.

The map is straightforward - it has all of the game day routes that take you right to the door of the stadium in Burswood.

Around each event day bus stop, there is a 400m radius circle around it, suggesting places where you could park your car if you don’t live nearby.


Taking a two legged journey from your house to a nearby bus stop means you park for free, get an express journey to the stadium and don’t need to wait an hour to get on the train or walk long distances before and after the game.

Timetable information can be found on the Optus Stadium website.