NGIS sponsor and judge ‘How Cool is your School’ competition 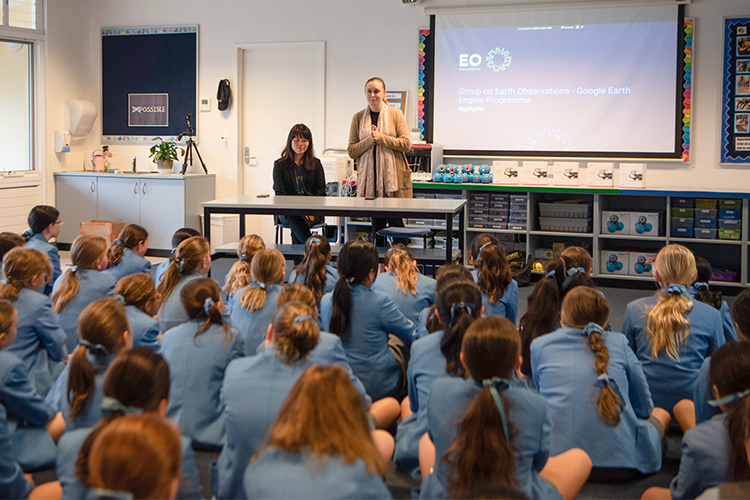 NGIS was thrilled to sponsor and select a winner for this year's She Maps ‘How Cool is your School’ competition. She Maps is a drone and geospatial education company that encourages early student education on mapping skills. Their annual competition asks students to log the amount of shade on their school grounds, calculate the percentage of that shade and create a map that meets cartographic (mapping) conventions. Prizes are awarded in each age group under 6 to 12+ for the best map.

This year, She Maps received 573 entries from across Australia. NGIS sponsored Western Australia’s (WA) main prize and helped judge all of the entries from WA, awarding one lucky school access to the She Maps Classroom Drone Essentials Program valued at $2,560. This prize includes a starter pack of five drones, one image mat, and two battery bags for a school to begin their drone and geospatial journey.

It was tricky to pick one winner,  but after much deliberation we are pleased to announce that St Hilda’s Anglican School for Girls won the WA prize! Our Marketing Manager, Sarah Butler and Data Scientist, Yvonne Fong, visited the school to present the award and congratulate them on their outstanding entries.

“NGIS is awarding St Hilda’s Anglican School for Girls with the WA prize from NGIS. We were thrilled to see the aerial view of the school that took full advantage of satellite imagery to map shade and coverage from trees and other buildings around your school. The colour grading key showing areas of shade and direct sunlight made it clear and simple for us to see these areas, and every good map needs a key.

“In addition to this, your use of supporting charts to measure shade coverage in percentages and also attribution of the technologies and techniques used to form your maps was outstanding and professional. Congratulations St Hilda’s, we know that you will make fantastic use of your new drones!”, said Sarah.

NGIS would also like to make a special mention to North Harrisdale Primary School who did an excellent job using Google Earth, but also used a grid referencing system on their maps.

From the ‘How Cool is your School’ entries received so far, the average percentage of shade found at schools across Australia is approximately 20%. She Maps hopes to raise awareness and work with schools to increase the amount of shade available to 30% by 2030.

If you want to learn more about She Maps, or you would like to get your school involved with drones and geospatial STEM - view their available programs here.

About the author: Amy Boyes

Amy is the Marketing and Events Officer at NGIS Australia.