New report shows iconic Australian beaches could be washed away 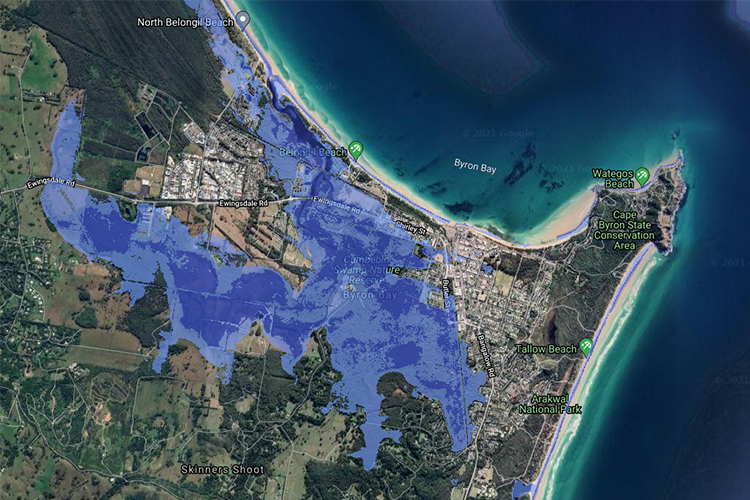 Without immediate climate action, Australia’s pristine coastline, iconic beaches and tourism hotspots could be washed away.

Coastal Risk Australia illustrates the severity of rising seas based on the latest scientific modelling, via an interactive web map that allows the public to search how rising sea levels may encroach on their community.

The website, developed in partnership by FrontierSI and NGIS Australia, is based on a new climate change report from the Intergovernmental Panel on Climate Change (IPCC) which incorporates significant advancements in modelling the behaviour of ice sheets, indicating that by 2100 global sea levels could have increased by 0.84m.

“Australia is facing significant challenges, one of which is being more resilient to climate. The Coastal Risk Australia tool aims to place scientific modelling into the hands of the people so they can see for themselves how the areas they live in could be impacted in the future by climate change,” said Graeme Kernich, CEO of FrontierSI.

IPCC modelling has shown with high confidence that sea level will rise for centuries due to continuing deep ocean warming and ice sheet melt, and will remain elevated for thousands of years. Over the next 2000 years, global mean sea level will rise by about 2 to 6m if limited to 2°C of warming, and 19 to 22m with 5°C of warming, and it will continue to rise over subsequent millennia.

Sea level rise scenarios included in the report include:

“The advances in science confirmed in the IPCC Sixth Assessment report show that sea levels will continue to rise for future generations, impacting on Australia’s coastal infrastructure. We wanted to communicate how the new projections would impact Australian coastal communities.

“By 2050, sea level change of 15 to 30cm will be unavoidable, this means that coastal flooding will become worse during storm surges. Scenarios beyond 2050, however, become increasingly sensitive to choices and actions made by global communities to reduce emissions,” said Nathan Eaton, Executive Director at NGIS Australia.

Large sandy stretches of Australian beaches could be washed away, including:

Homes and streets in the following suburbs could be increasingly flooded, including:

Popular coastal tourist spots could be inundated, including:

Visit www.coastalrisk.com.au to find out more.
The IPCC report can be downloaded here
Images here

NGIS Australia, a sustainability-driven geospatial consultancy, and FrontierSI, a not-for-profit organisation focusing on geospatial innovation, have collaborated to deliver game changing innovations in communicating climate change science including being awarded a Lighthouse Award from the United Nations for their work.