How to stream GIS data into a VR environment 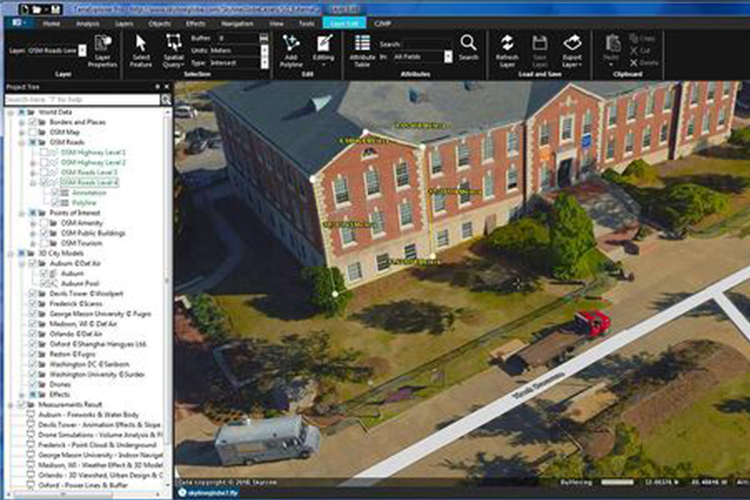 Building a Virtual Reality (VR) environment using spatial data was a task previously reserved for developers with a strong understanding of Geographic Information System (GIS) data and gaming engines, which - as you can guess - was a niche area of expertise. However, Skyline’s TerraExplorer 7.2 release is the first GIS platform to make streaming GIS data into a VR environment a fairly straightforward process.

How did NGIS formerly stream GIS data into VR?

At NGIS, we would use Unreal Engine 4 and Esri’s CityEngine. This process involved cutting up raster data into tiles and then placing them into Esri CityEngine, which then output data in a format supported by Unreal Engine Datasmith. Within Unreal Engine, developers could piece the tiles back together like a puzzle before building the VR experience in the game engine and then eventually output this to an executable file.

This process was time consuming, clunky and relied on a developer understanding both the GIS data and the functionality of the gaming engine. Along with this, the once ‘location-aware’ data sources had been converted into game assets. As an example, this means that bringing in vector data would also involve a similar building process. So, if the data was updated you would need to rebuild it all over again every single time!

How has TerraExplorer 7.2 simplified this process for GIS analysts?

Skyline’s TerraExplorer is a powerful GIS desktop application that enables users to query, analyse and present GIS information in 3D. It displays most spatial databases including 3D city features, in addition to providing standard Cesium support for imagery, elevation and KML layers (a file format used to display geographic data in an Earth browser such as Google Earth).

Users can then create realistic visualisations of their GIS data by overlaying unlimited datasets, 3D models and objects on their terrain.

The latest release of TerraExplorer 7.2 supports the Oculus Rift VR system for a fully immersive and detailed 3D environment with improved render quality and stability.

Some of the TerraExplorer 7.2 release features include:

Using TerraExplorer 7.2, users can set up their GIS data within a 3D GIS platform and enable VR with the click of a button. This is how the process of streaming GIS data into a VR environment works:

Why is viewing GIS data in a VR environment useful?

Many organisations are opting to see their digital twin environments in VR. This is a new way of viewing and monitoring working sites without physically needing to be there. Using a VR digital twin allows businesses to:

NGIS held a webinar detailing how VR in digital twin works, it can be downloaded on demand here: https://content.ngis.com.au/vr-in-digital-twin

If you are considering using a VR environment to stream your GIS data into and want to have a chat about Skyline TerraExplorer, reach out to our team at team@ngis.com.au.

For the full Skyline TerraExplorer 7.2 release notes head to:

Want to read more GIS tech blogs like this?